November 1978 saw the unveiling of the memorial at Holton le Clay, close to the Squadron’s WWII base at Waltham. An emotional gathering of Lancaster veterans witnessed the ceremony with Wg Cdr Peter le Marquand performing the unveiling. This was one of his last acts as CO; he handed command to Wg Cdr Blockey at the end of the year. The RAF memorial is located next to the A16 by the traffic lights before entering the village of Holton-le-Clay. In November 2018 the Parish Council along with friends of the 100 Squadron purchased three information tables which are now located at the war memorial. Each table has information on the squadron that was based there along with maps of the airfield and photographs of the aircraft. In addition to the tables a commemorative bench was also purchased and is a lovely addition to our memorial site. 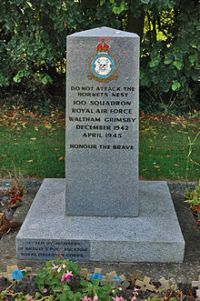 The home of Royal Air Force and Airfield History in Lincolnshire website: http://www.raf-lincolnshire.info/100sqn/100sqn.htm 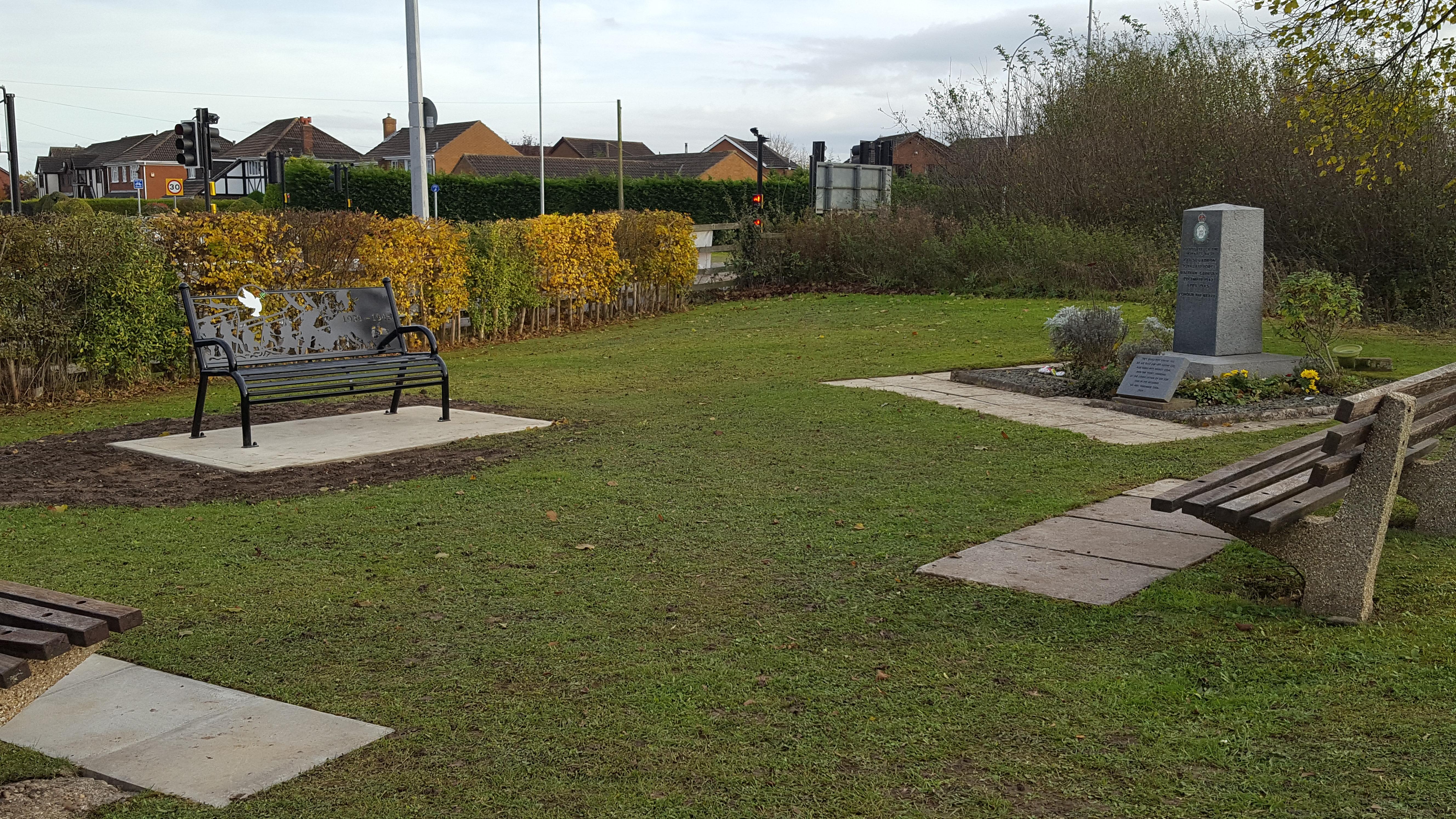 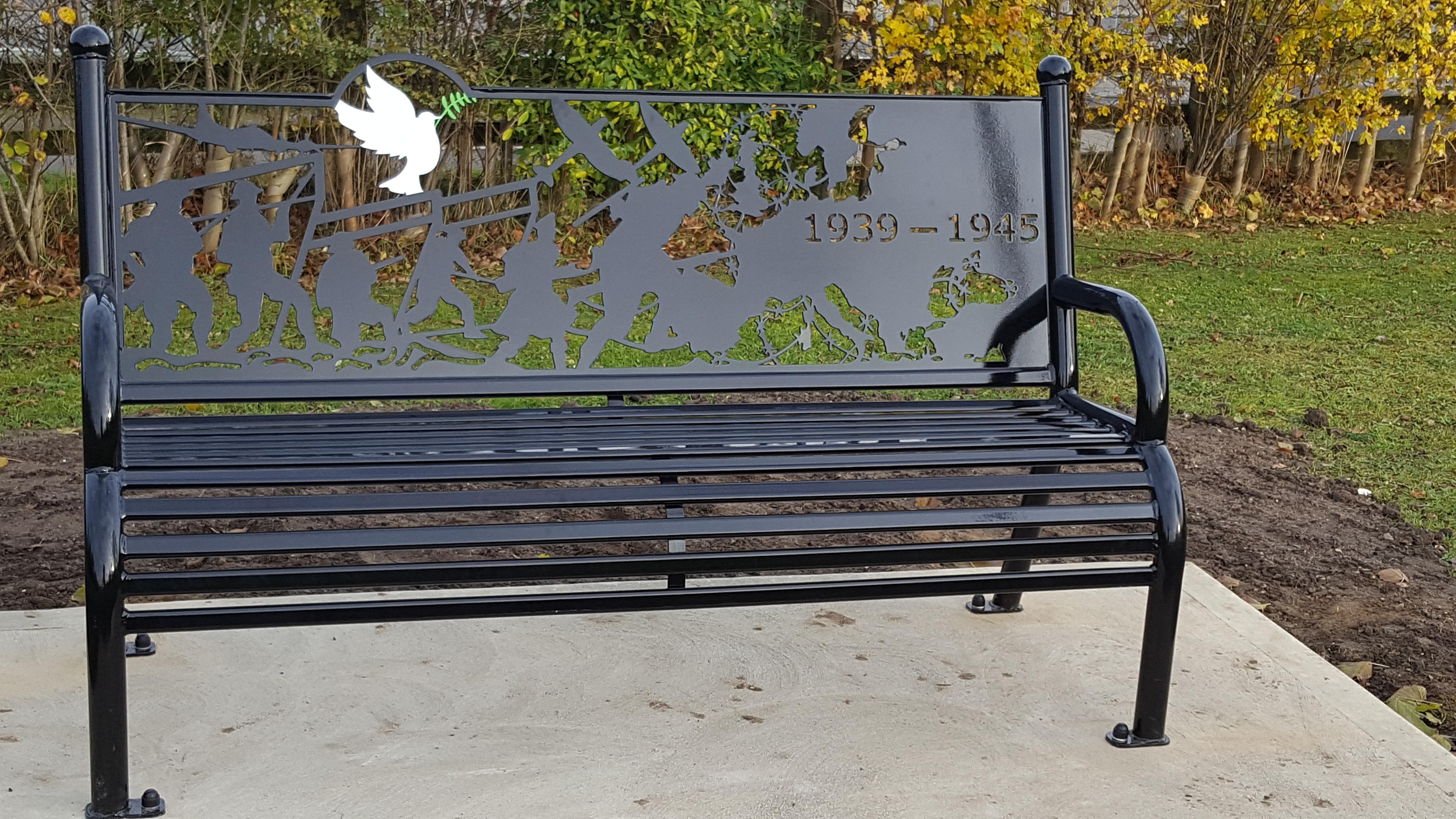